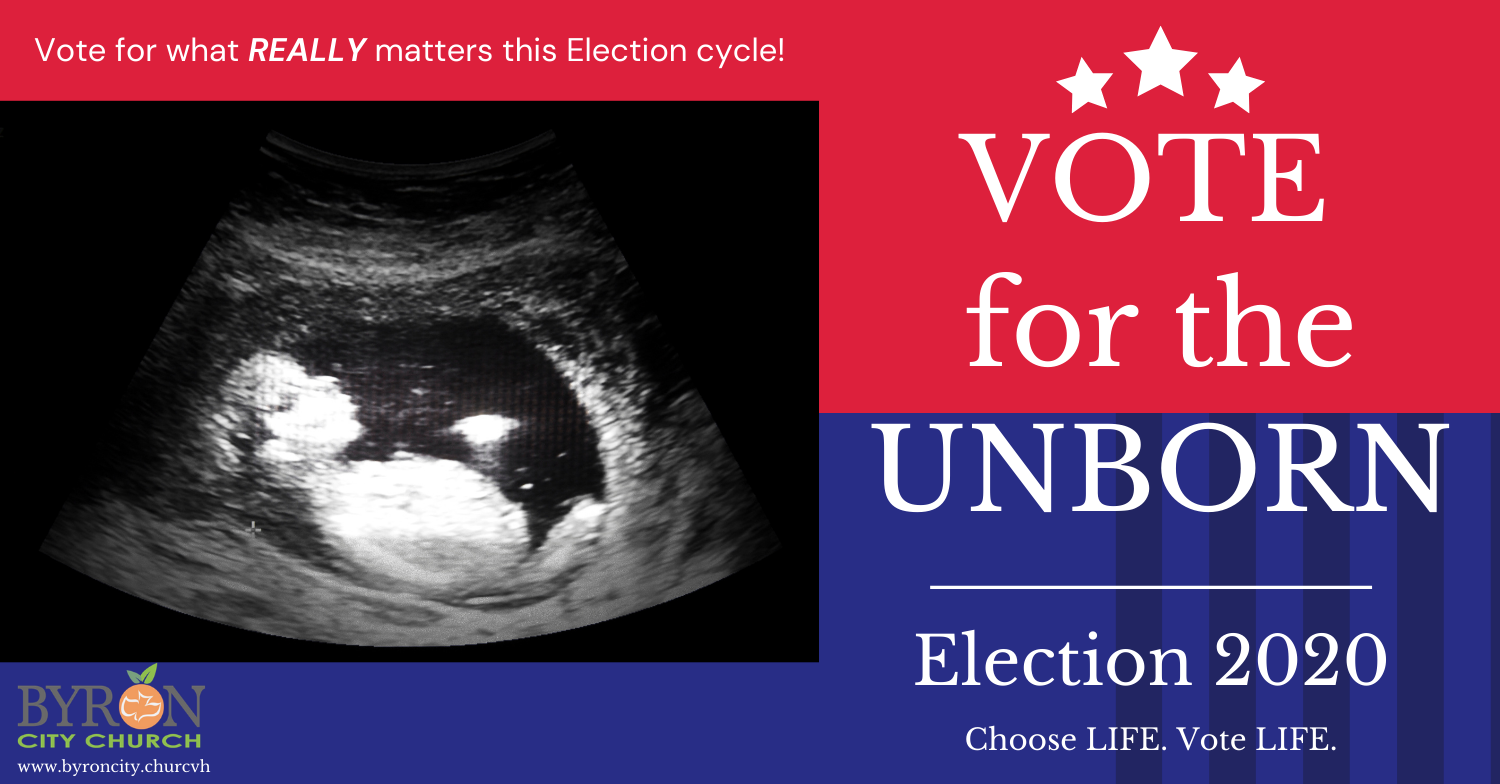 "Children are a heritage from the LORD, offspring a reward from him." (Psalm 127:3)

It shouldn’t be necessary to point this out, but killing an infant before or after it has been born is murder. Yes, this is a highly political issue. Yes, it is confrontational. Yes, the topic will yield conflict. But, it's worth it!

You see, people form their political affiliations based on a wide range of ideas, ideologies, theories, and feelings. For example, there's a group of "pro-life, evangelical Christians" who are voting for Joe Biden because they feel that he holds more biblical character and presidential acumen than does the other candidate.

In another case, a megachurch pastor in Georgia and Democrat candidate for Senate, announced last month that he believes legalized abortion is "consistent" with Christianity. He feels that women's health, women's choice, reproductive justice are the things that God is concerned about, therefore abortion is a biblically-acceptable option in order to achieve those ideals.

The pro-abortion movement proclaims boldly and proudly that abortion (aka infanticide) is a fundamental human right. However, in the Declaration of Independence, the Founding Fathers very clearly laid out the first inherent right for ALL people: the right to life. The Creator blesses us with life, and it is up to us, through government and civil society, to protect and defend it.

There's a ton of issues that matter in this year's election: healthcare, law and order, the Supreme Court, Israel, religious rights, and much more. Yet please don't be fooled or swayed by the enemy with his brilliance in spiritual warfare! He would have you think that a whole host of issues are what really matters. Yet, as we stand before God and cling to His word, we know that nothing is more important that protecting the lives of the unborn, those innocent creations of God who have no voice, no mechanism of defense, and, sadly, no rights in today's pro-abortion America.

So, forget about how bad a candidate is, or how discouraged you are with the polarization of our country. Forget about all the personality flaws a candidate might have, or even of they don't hold the moral standards that you do. Don't let any of this keep you from doing what the Bible requires of us in this moment: supporting the sanctity of life.

Every unborn child is a beautiful creation of God's magnificent handiwork, and thus disserves the right and privilege to be born, reach their full potential, and experience the life, liberty and pursuit of happiness that our Forefathers promised each and every one of them.

The unborn deserve the same rights under the law that every other American enjoys, and because they are the most vulnerable, we must stand united and bold as the people of God and speak louder than ever before. Today isn't the day to isolate in discouragement or decide you're going to be apolitical. Today is the time to make your vote count for the unborn!

Subscribe to receive email updates with the latest news.